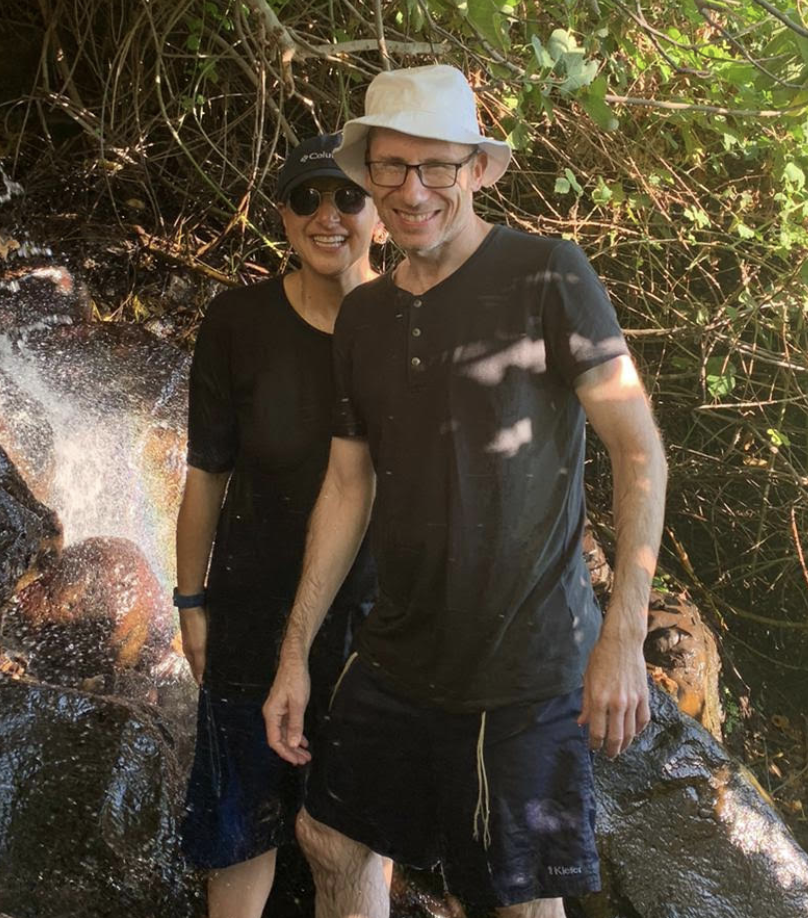 I (Laura) was born and raised in beautiful South Africa, and like many Jews there, my family lived a comfortable lifestyle with a nice-size home and household help. With all of my needs met, I never had the need to learn about budgeting and finances, and I didn’t have to worry about money.

But life has a funny way of turning out, and unbeknownst to me, while I was learning in Hebrew U, my parents made the sudden decision to make aliyah! For me, that meant when my year at Hebrew University was over, I no longer had a home to return to in South Africa. Not wanting to be without family, I quickly recalibrated my plans and made arrangements to complete my degree at Bar Ilan University.

Another thing I needed to succeed on my career path was a high level Hebrew. While it would have been easier to remain in an English-speaking bubble, I knew I’d have to go out of my comfort zone if I wanted to learn the language and nuances. I befriended and surrounded myself with native Hebrew speakers, which helped me acclimate to the culture and language.

Early in my studies, I met and married my wonderful husband, a native of Norway. He, too, was studying at Bar Ilan — chemistry and computer science —  with plans to become a chemistry researcher, and after we married we were able to live in the married dorms at Bar Ilan. This was a huge help to us since, as students, we had no real income to speak of at the time; I was working as a secretary in the Social Work Department while simultaneously pursuing my studies, and I earned a measly 14 nis an hour. My husband learned in the BIU kollel, where he received a small stipend. In addition, we had our degrees paid for by the Ministry of Absorption, and some money from the Norwegian loan fund. Family helped out too, for which we are eternally grateful.

Once our first son made his appearance, we were no longer eligible to remain in the married dorms, which was a problem for us since we couldn’t really afford rent elsewhere. At first we moved into my parents’ basement, but after a while, we moved into a slummy area near Bar Ilan.  We knew the situation was temporary; once we both completed our degrees, we’d be able to afford more, but in the meantime, it was a challenge to pay our rent and meet our minimal expenses.

Looking back, if you would have asked me how we managed to survive, I would tell you there is no explanation other than Divine providence. Sometimes my in-laws or my husband’s grandparents would help us out, and sometimes money would come from the most unexpected places, like when we both won an academic monetary award. While it was a real struggle, we felt Hashem was holding our hands, making sure our basic needs were always met.

After we completed our degrees, we packed our bags and temporarily moved to the United States for three years. This was always part of the plan; my husband needed to complete his post-doctoral degree, and this could only be done overseas. Neither of us had ever been to the US before, but we found ourselves surrounded by a wonderful frum community in Minnesota. While my husband studied, I got my feet wet in the classroom and taught English in the local Bais Yaakov and elementary school.

Still, when the three years were over, we were very happy to return to Israel, where my

husband was offered a position at Bar Ilan, where he’s been ever since. He is an excellent chemistry professor who specializes in research, and he is the hardest worker I know. He has published well over 100 research articles in various scientific journals to date. Since we both studied at Bar Ilan, and my husband has been teaching there all of his adult life, we consider it our second home. Our daughter will soon complete her degree there too.

Once we returned to Israel, I also started looking for a job. I saw an advertisement at a publishing company that was looking to hire an editor for their research papers. With my degree in English literature, pivoting into the editing world wasn’t a far stretch. I applied, went for the interview, and thankfully landed the job. This was my first real job in Israel, and while it paid the bills (somewhat), my heart wasn’t completely into it.

Five years later was when I finally had my first big break. One of my colleagues from my university days had been hired to open a new teachers’ training program in Gush Etzion, and she asked if I’d be interested in joining her newly formed staff. Would I! The pay was extremely low, but how could I say no? It was finally an entry into the world I loved: teaching and writing about literature.

I remained on staff there for two years while also finding a  position at a college in Netivot. From there I eventually made my way to Achva Academic College, where I have been for many years and have thankfully received tenure and a full time position. It was that first job into academia that was hard to find, but once I got my foot in the door, it has been smooth sailing moving from one position to another.

That’s not to say I haven’t worked hard. My husband and I have worked very hard over the years to get where we are today. The world of academia is not a high paying world, at least not in the beginning, but with time we each have come to make good salaries and have been careful with our spending over the years so that we are financially secure today. My husband has always lived by solid financial principles and I am thankful for his direction and insight in the early years that contributed to our success today. I’ll give you some examples.

We started saving for our five children as soon as each of them was born. Even when we were struggling to pay rent in those early years, we somehow managed to put away a small amount every single month. We increased these sums with time, always making it a top priority. Now that my oldest is 24, we have a nice amount saved up for each of them that will give them a great head start in life, although purchasing an apartment of their own will certainly be a financial concern.

Another thing is that we never, ever paid for something if we couldn’t afford it. That means we never paid for something on tashlumin other than yearly insurance or school tuition (which are taken monthly). Even a simple piece of furniture, an appliance, or a car purchase we would pay up front. We would simply not buy it until we had saved up the full sum. In fact, all we could afford for our first car was an old 5,000 nis second hand model that had no shock absorbers or air conditioning – but it took us where we needed to go.

The one exception was a mortgage for a home. With the help our families and a

large long-term mortgage, we were able to buy a modest home in Ramat Beit Shemesh over 20 years ago when the neighborhood was just starting out and properties were (relatively) cheap. Here again, help from family was key, and we are so grateful to both our parents and to our grandparents (OBM). Years later, when it came time to upgrade to a different neighborhood, we refinanced and took out a large but shorter-term 10-year loan. This meant that for those years we had less cash available for other things, but today I’m so thankful we are mortgage-free. I credit this to my husband’s keen insight into our long-term finances.

Some of our other lifestyle measures were: going on local vacations in Israel instead of travelling overseas, buying modest cars, checking in with one another if we wanted to make a large purchase, and living an overall modest lifestyle within our means. Of course, we do treat ourselves to some luxuries here and there such as a night away at a nice hotel, new clothes, small home improvements, and helping other family members.

The message I want to leave with readers is that you should believe in your ability to provide for yourself and your family. My husband and I had no protektsia or “in” to speak of when we came to Israel, but with slow, hard work, and determination, we are making it in respective careers. We kept our eyes on our long-term goal, never looking at or caring about what other people around us had. I have learned that people who spend don’t necessarily have the money to do so, so don’t be influenced by what neighbors or friends are doing. Live within your means, work hard, save for the future, and with G-d’s help, you’ll be successful.