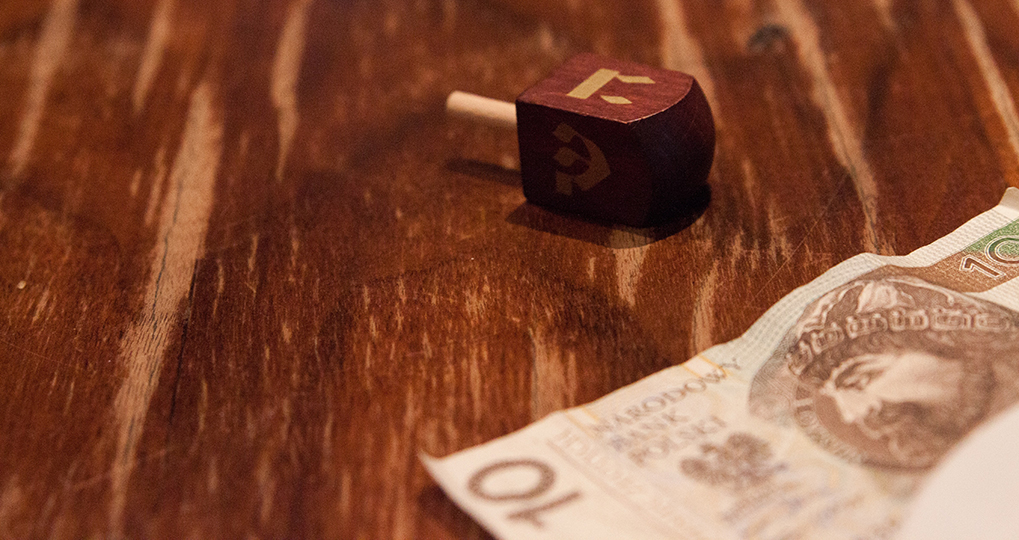 Since the time of the Talmud, the idea of giving money to children has been associated with Hanukka. Traditionally known as Hanukka gelt, in more recent times this tradition has been replaced in some Western countries with presents.

Returning to the traditional Hanukka gelt allows you to use this gift to start to teach your children some basic financial skills that will stand them in good stead in later years. When a child is given a sum of money, their immediate response will be to want to buy something. This is an ideal opportunity to introduce the concept of savings and delayed gratification.

Prof. Walter Mischel, of Columbia University, carried out research into delayed gratification, which is commonly known as the marshmallow test. A group of four-year-olds were told they could receive one marshmallow immediately or two later on. When the children were reassessed as adults, it was found that those who were able to wait to get the marshmallows got better grades in school and dealt with their problems better. This skill of delayed gratification is essential for making long-term investments, holding a portfolio and managing household finances. The good news is that the researchers found that delayed gratification can be learned like any other skill, and Hanukka gelt offers an excellent opportunity to start the process.

When you give Hanukka gelt to your child, explain that they can spend some of the money, but a certain part has to be put aside. Let your child be involved in the process and decide what they want now, what large item they would like in the future and how much money they want to save. In addition, this is a good time to introduce the concept of giving to kids who are not as fortunate as themselves by encouraging your child to give a certain percentage of his or her money to tzedaka. Each child ought to have a piggy bank or saving box, where their savings are kept. When they have a large amount of money (for example 50 shekels for children up to 10) they can give it to their parents for safekeeping.

All children who can understand basic math should be encouraged to save (at least) 10 percent of all money they receive in a piggy bank. From 7th grade onwards, children should save more (up to 25%). Around the time of bar/bat mitzva, as the amount of money in the savings account grows, children can trade in their piggy bank for a bank account. Teenagers should be encouraged to write down how they spend or saved their money in an exercise book.

This is an exercise in elementary bookkeeping that will provide them with useful skills for budgeting later in life. In addition, they will probably find it very amusing to look back in 10 years time and see what they spent their money on.